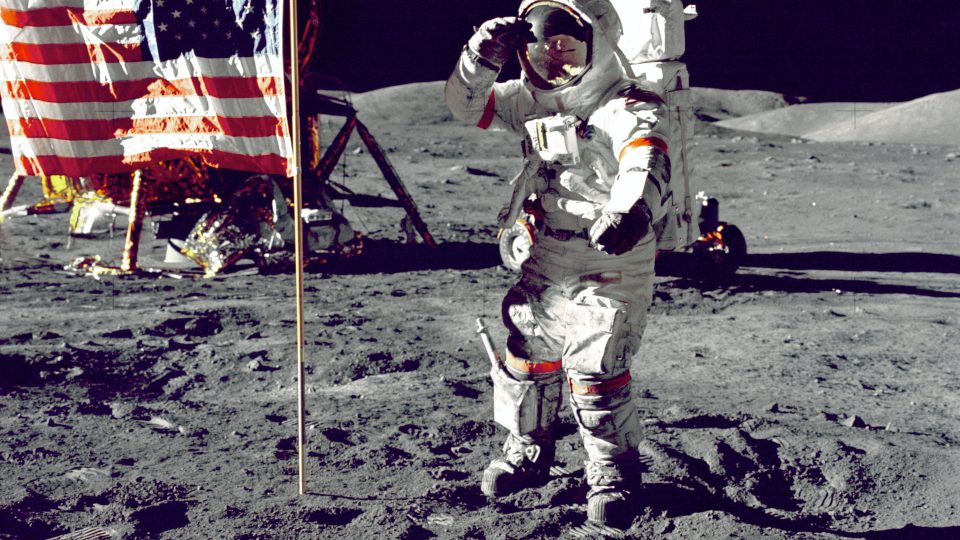 Over The Moon About Microinvesting

People have been dreaming about reaching the moon for a long time. Though the exact date isn’t known, it’s generally believed The Man in the Moone by Francis Godwin was written in the early 1600s and, because a picture is worth a thousand words, here was his vision:

Thankfully, the human race got its act together over the next 300 years and (allegedly) sent Buzz, Neil, and Michael to the moon in something slightly more sophisticated than a clothes rack pulled by ten birds.

In modern times, programs like SpaceX, Blue Origin, and Virgin Galactic are recapturing the world’s interest in space exploration. But it will take the collective effort of many to see any success (remind you of anything?). In fact, the first moon landing involved about 400,000 people.

This isn’t a new phenomenon though. Wonders like the Great Pyramids and the Taj Mahal were only crafted through massive groups of people working together; showing the incredible power of humans joining forces on a common cause.

The modern version of investment crowdfunding has tapped into that potential, but the powerful next level in crowdsourced capital is local microinvesting.

Investors can join forces with their friends, family, and neighbors to fund the next iteration of their city. They can own a real stake in companies that capture their imagination and align with their beliefs.

And while most small businesses aren’t trying to break into the space travel market, they’re still shooting for the stars. These businesses need capital to chase their dreams and that usually means finding someone (with money) who’s excited to back that dream. Microinvesting provides businesses with a broader pool of both accredited and unaccredited investors.

Since landing on the moon in 1969, humans have had a taste for “what’s out there” and there’s no going back. Similarly, since coming onto the scene in 2016, Regulation Crowdfunding has expanded rapidly and is here to stay.

The global crowdfunding market is poised to grow by $124.35 billion dollars during 2020-2024. In addition, the Compound Annual Growth Rate (CAGR) is estimated to hit 18% during this same forecast period. This is roughly four times what the global market was estimated to grow to during that same timeframe back in 2018. The CAGR is also 2% higher than what it was in 2018.

More than $300 million has been raised by private businesses that may have otherwise struggled to access capital, and the SEC has just recently upped the offering limit from $1.07 million to $5 million per year. So not quite enough to fund a moon landing, but think of all the small businesses that have benefited from raising $300M in funding.

What does all this point to?

Simply put: entrepreneurs, developers, workhorse businesses, or startups can raise the capital they need. Even in a COVID-19 world where many SMBs face new challenges, microinvesting could be the tool to give them the fuel they need to innovate and move forward.

While the future for this market is bright, it all starts with investors today who are willing to invest in ideas, small businesses, or startups that they align with. And, thankfully, most campaigns (like a soft 100%) don’t take 400,000 people to raise the capital they need.