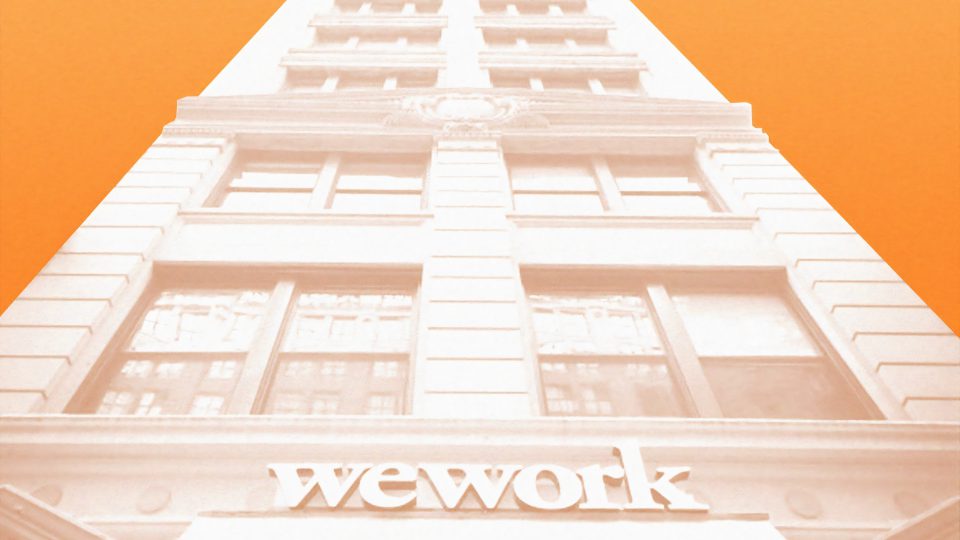 Imagine, for a second, an ultra-successful CEO who walks around barefoot and preaches on the “power of we.” Are we talking about a cult leader? Nope, this Barefoot Prophet is the CEO of a coworking business, which experiences extraordinary growth.

During a funding round, it receives a whopping $2 billion investment from a multinational conglomerate and an unorthodox ordinance to be “crazier.” The Barefoot Prophet obliges and burns through investment dollars, buying a wave pool company, boutique fitness gyms, and other ancillary businesses that have nothing to do with coworking.

Were the funding rounds enough to sustain a business that had lost all semblance of what it started as? Of course not. The delusional leader knows the finances of his company are in the toilet so he tries taking it public.

But how does one get past a horrendous financial picture? Simple—you don’t talk about it. Just lay out the numbers and hope that investors won’t do the math. Thus, this company’s S-1 is more like an excerpt from a religious script than an actual SEC filing.

…most of you probably know who I’m talking about: Adam Neumann, the Founder and former CEO of WeWork.

Scott Galloway was a critic of WeWork even when it was still viewed as a flashy unicorn. After the S-1 filing, he had perhaps the best intro line to sum up what went wrong for WeWork: “So, the mother of all party crashers took a dump in the We IPO punch bowl. The crasher? Math. The autopsy will show the shelving of this IPO was death by S-1.”

To put this rise and fall in perspective, WeWork’s valuation prior to the IPO dropped from $47 billion down to $2.7 billion, as of May 2020.

The business model was a chaotic mess, and the financials made little sense. It’s a worthy sequel to ENRON. But what can we learn from this story?

First, we recommend not throwing money at a barefoot hippie who claims he can leverage the “power of We” to change the universe.

Second, this story carries the theme of broken trust. Adam Neumann, the Barefoot Prophet, walked away with billions, meanwhile, the investors lost billions, the employees lost their jobs and the “We” lost their community.

The workers, who were counting on that IPO to make their time and effort worthwhile, were stabbed in the back. Aside from the payout, many of them bought into Neumann’s vision of a connected, utopian world.

But Neumann diverted from his true (if nebulous) mission. If it really was to “harness the power of we” then he wouldn’t have walked away a billionaire, leaving his thousands of employees and investors high and dry. Adam was a bullhorn guy on a street corner, but what was actually being done?

While the Barefoot Prophet did little for “We”—a capital “W” to denote humanity—he hit on a substantive concept. This vague idea of the “power of we” refers to what people can accomplish when they live in harmony and work together, aka community. But it’s not one gigantic, interconnected community (which sounds scarily similar to Brave New World) like Adam envisioned. Communities are diverse and wide-ranging.

Very few people invest in their own communities. Is it because our busy, modern world doesn’t have a place for “We?” Is it because the financials of the community don’t check out?

Or is it actually because the real “We” is not sexy or flashy, but it’s the business around the corner, the one you know and need.  The “We” that Vicinity refers to is the local tire shop trying to raise capital for expanded growth.

We’ve said it before, transparency builds trust. Adam got it wrong in so many ways, but transparency, or lack thereof, was a big one. With his employees, but also with investors.

Tapping into the wealth of local communities to fund local companies levels up the entire movement of “going local.” It’s no longer just about buying products or services from the local market, harnessing the true “power of We” is investing in local companies. You can own real shares in these and have a direct and unequivocal impact on businesses you love.

As an investor, it’s possible to get returns from your investments while making a lasting impact on communities and leaving a legacy you’re proud of. Proximity matters, and this is the real type of community involvement we need.

I’ll leave you with this: investing locally has real potential to harness the power of “We.” It connects local investors and business owners, forming a tribe that builds their community’s future together.

The real “We” is community. Harnessing its power with investing? That’s up to you.