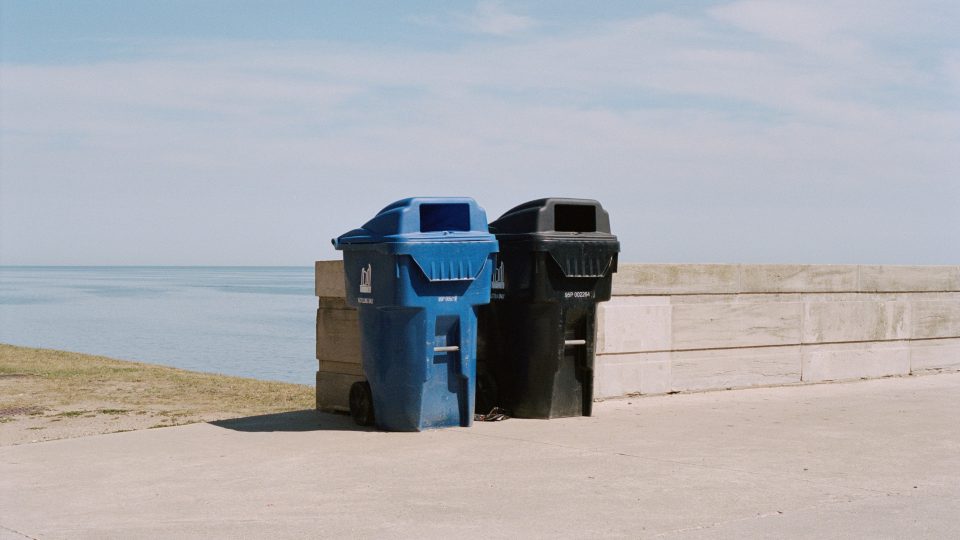 The Case for Direct Ownership

Let’s talk some trash. No, not figuratively. Trash is an everyday part of our lives, but how much do you really think about this dirty topic? Can you think of a day that goes by where you don’t throw something away? At the same time, when is the last time you’ve had an in-depth conversation about garbage? Our discussion of waste is usually limited to periodic directives like “Johnny, take out the trash! It’s overflowing in the kitchen.”

The other night I encountered a disgusted look from my 9-year-old while sitting around the dinner table. It took me a full ten seconds to figure out what brought it on. Now I can’t remember the last time we had cloth napkins at the table, but that night we did. And after my third bowl of a unique, but delicious jalapeño creation my sinuses began to loosen up. So, with what I knew to be perfectly acceptable manners, I picked up my napkin, turned to the side and blew my nose. I turned back to find not just a grimace, but an intense scowl directed at me. “Yucky papa! Why didn’t you use a real napkin?! Now we have to wash that!”

And there you have it. It all makes perfect sense when you think about it. This is what happens now that we are full-on two generations removed from the…can you guess it?… Yep, the handkerchief. Thanks to easy, convenient alternatives we no longer need that antiquated kerchief solution for runny noses (not to mention a host of other things). Kleenex and the world of disposable options have pushed the ole faithful handkerchief into the annals of history. But was it only convenience that led to this near-obsolescence?

There are exceptions, but most residential communities pay for waste collection through property taxes or fixed fees. These payments are not directly tied to the amount of waste a particular household generates. There are other terms for this, but let’s just say that the individuals or families in these communities are not directly bearing the costs of the trash they are toting out to the road on a weekly basis.

When you take away the weight of directly bearing cost for an action, you also lose the incentive to act differently. Of course, not all incentives are lost. Some people independently value recycling or limiting waste which leads to a reduction in the amount of waste they generate. But in general, this indirect burden lowers the incentive to limit waste production. Less “ownership” is taken. More garbage inevitably piles up.

But what would happen if the same household had to directly bear the cost of the trash they generate? What if they were charged according to the amount they threw away? A direct economic incentive would arise that would impact their decisions, and also create a very different outcome for the community as a whole.

We don’t have to just talk trash. We can talk business. Commissioned salespeople are likely one the first things you think of when we talk about incentive-based business decisions. A friend was just telling me this week he has one salesperson on straight salary, while the rest of his team is compensated on commissions. Out of the group, who do you think is selling the least? Yep. The salary guy.

Beyond that, my friend was lamenting the fact that this salesperson had actually sold nothing so far for the month. Zilch. Although he bore the costs indirectly through company performance, the salesperson didn’t have to directly bear the cost of his low sales production.

Bearing costs directly matters. Another way to say this is that direct ownership matters.

So what does all of this have to do with crowdinvesting and Vicinity? Markets are a manifestation of the values, desires, and actions of individual people. The more distant the connections, the more distorted the market. Now there is a case to be made for investing a portion of dollars into traditional investment vehicles and indexing over a large number of investment opportunities. There are certainly good reasons to encourage an international perspective and global economic transactions.

That being said, there is an equally strong case to be made for placing direct investments into known projects around you. The direct nature of making choices to invest in these specific opportunities increases your ownership within your community. With ownership comes responsibility.

At Vicinity, we like to say that strength is built by bearing weight. The direct connections comprising a web of aligned incentives within a geography will ultimately allow for a stronger town, a more resilient city or even a more vibrant, interdependent state or region.